The Moncton Press Club General Meeting was held on Feb 28. The meeting was well attended. Reports were presented and well received. The Club’s finances are slowly improving but there is still a lot of work to do. Memberships are around 300 paid up members but more are required to keep the club viable. The interior…

Hey everyone, thanks for your patience and cooperation. The floors have all been stripped and a brand new coat of wax has been added. The floors are gleaming right now. This Friday night the Mud River Rockers are playing at our venue. All you dancers get out on these new floors and dance up a…

Karaoke Night at the Club

Susanne & Vinnie were back to The Moncton Press Club this past Friday, Jan 16, with their brand of Karaoke. The crowd was about 40 people. Not large but very enthusiastic. Participation from those in attendance as performers was stellar. Vinnie provided us with some light comedy and on going patter between performers and Susanne made…

Hey everyone, trust you made it through New Years Eve safely.,satisfactorily, and with great exuberance, (sobriety optional). Because I have been away for the past two months visiting I overlooked putting up something regarding the New Year. No matter, the Club calendar is already active and the committees and leadership appear to have been working…

badafinl@gmail.com | in Uncategorized
Read More
December 24, 2014 One comment so far

Here we are folks, on the cusp of Christmas Eve. Only a few hours to go before the Big Red Jolly Fellow slips down chimneys and in through keyholes to pass out Christmas Joy. The children will be dreaming through the night about the presents they have wished to receive. Parents wait up all night to be sure the wee ones have finally drifted into la la land. Doubtless many are hoping the Sandman stops by earlier than usual so they too can catch some much needed z’s. 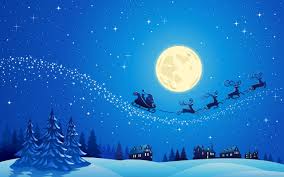 The Moncton Press Club directors and committees are working with great penchant to bring members and visitors an enjoyable and rememberable experience when attending the Club and Club functions. Of course without our members there would no reason to try so hard to maintain a great venue for sociability,  entertainment and activity. Which brings me…

How would you enjoy a Trip for Two for $0.25? Best travel deal in town, almost certain!! Of course there is an element of LUCK involved.  Nothing ventured, nothing gained however. Two of you can travel to Montreal aboard Via Rail and have a great time touring the city.

Hey everyone, Come out this Friday for a feast of Potato Scallop and Baked Ham. Cost is only $10.00 and the chatting and commiserating is FREE.  Meal service begins at 6:30 pm Once you have filled yourself with fuel to burn, hang around, The Emery Turner Trio is back to provide music you can listen…

Remembrance Day commemorates the sacrifices of people in all armed conflicts.

How it all Began

Remembrance Day marks the anniversary of the official end of the World War I hostilities on November 11, 1918. World War I was a massive conflict played out over the whole globe, but particularly in Europe, where troops from Canada supported the Allied forces.